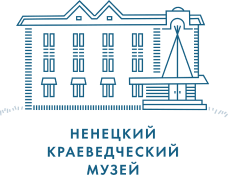 The drumstick (pengabts’) of the shaman tambourine

A tambourine (penzer) and a drumstick (pengabts')

The most important attribute of a shaman was his tambourine and drumstick. With the help of tambourine sounds, a shaman summoned spirits. In the Nenets’ culture, a tambourine symbolized a reindeer, on which a shaman travelled across the Upper, Middle and Lower worlds. A tambourine can be owned only by consecrated shamans.

The Nenets tambourine was made of wood and reindeer skin. The drum shell was made of coniferous wood (larch, Siberian pine). The skin of a male wild or domestic reindeer was pulled over it. Then the tambourine was "vivified" with smoke. Kamlats (ritual performances) could be performed in two-four days. No one, except the owner, had the right to touch a tambourine. The Nenets believed that the spirits subjected a person to severe punishment for violating the rules of handling with ritual attributes. After the shaman’s death, if he had no heirs or successors, the penzer was damaged and hung on the owner’s grave.

A drumstick for the Nenets tambourine was made of wood or bone and usually had an oval shape with a handle. A hare, dog, reindeer’s foot or just a stick trimmed with wolverine skin often served as a drumstick among the shamans of the European tundra.

The Nenets asked for the help of a shaman in almost all life important cases: loss of reindeer, an illness or poor haul of fish. A shaman performed a ritual called “kamlanie” - the special ritual activities of a shaman during which he appears to communicate with the spirits. With the help of tambourine sounds, a shaman summoned the spirits.

In the second half of the 20th century, the tambourine (penzer) lost its sacred significance and became a musical instrument for the national ensembles’ performances of the peoples of the North. 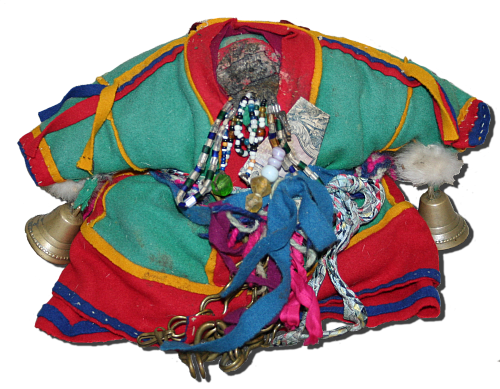